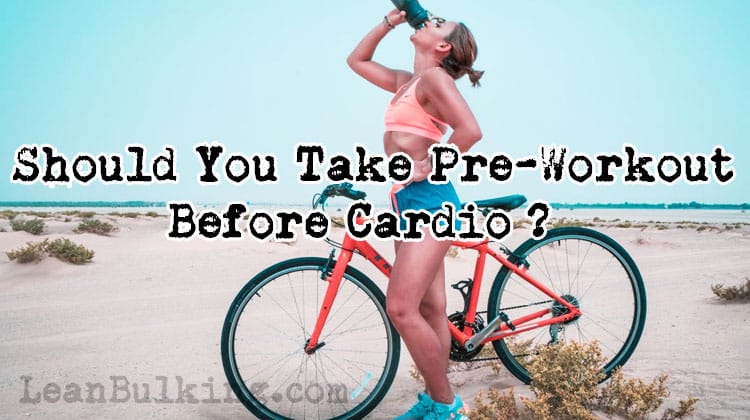 There are not many people who actually enjoy doing cardio. Except a handful of recreational athletes going out for a few miles of brisk walk, bike ride or a few pool lengths of swimming, all others are doing it with just one goal in mind - to burn as many calories as possible in the shortest amount of time.

Of course, the main goal is not for the sake of burning calories, but to lose fat (as you need to be in a calorie deficit in order to lose weight).

But its not that simple.

As a result, weve put together this expert article for you. In this article, well take you through the ingredients that we believe are key additions to pre-workout supplements: 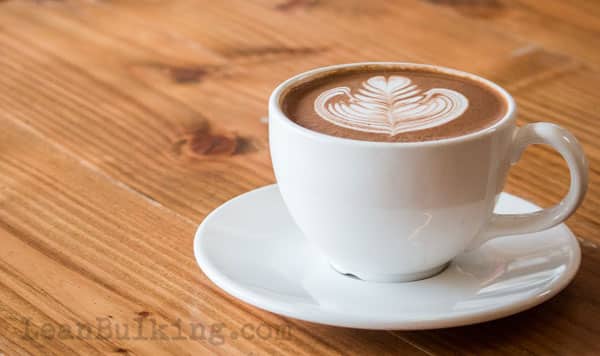 Caffeine is a stimulant found in tea, coffee, chocolate, cocoa and some other foods. Supplements of caffeine are widely used among athletes due to its property to boost the parameters of muscle strength and overall stamina (particularly in athletes who are not using it in large quantities).

In simple terms, Caffeine Anhydrous increases your energy levels, which is part of the reason why people around the world love coffee.

But the problem was that it was so effective, Caffeine was once banned from use by the Olympic Committee. In recent times though, the International Olympic Committee have removed it from the list of prohibited substances, so its since become a popular addition to elite athletes diet for one reason - because it works.

It is a mild stimulant of the nervous system that enhances performance by increasing time to exhaustion, changing psychological perception to pain, fatigue, and effort and preserving the reserves of glycogen in muscles (by speeding up the fat oxidation).

In other words, these effects cause the enhanced aerobic endurance by promoting fat oxidation.

To make things even clearer; longer cardio workouts result in more calories burned. This is a fact that you cant argue with, and Caffeine has proven to boost your energy and endurance levels during workouts.

However, there is one slight negative about Caffeine; over time these positive effects of caffeine slowly fade away (as you become more tolerant to this stimulant). If this happens, then take a week away from consuming Caffeine and you should feel its effects again.

Is it Okay To Have Caffeine Before A Cardio Workout?

Since its energy boosting effect is temporary (lasting an hour or two), it can be a great idea to consume caffeine before a workout in a pre-workout supplement. Especially when you need to go out for a run or lift weights in the gym and are feeling extremely tired.

So, basically, one big benefit is that caffeine can provide you with the motivation to get out there and be active in the first place.

Not only that, caffeine can boost your strength levels so that you can set new personal records (for example, if you are determined to go for a 10 mile run for the first time after months of preparation).

Know your tolerance to caffeine to avoid side effects

However, some people are more sensitive to caffeine. If you consume too much caffeine for your tolerance, then you might suffer from palpitations, restlessness, and sleep disturbance. Dont worry though, this is easy to fix; if you notice some of the aforementioned symptoms, simply reduce your caffeine intake.

Ultimately, everyone is different. So you have to find a sweet spot to experience maximum benefits with no side effects. For us, we make sure to consume a pre-workout containing under 200mg caffeine anhydrous per serving or use a stim-free pre-workout if were wanting to have a late-night gym session before bedtime.

The bottom line is that caffeine is extremely beneficial in pre-workout supplements. And it can help you perform better during cardio workouts too. Just make sure to not consume too much at once, and dont consume caffeine near your bedtime. 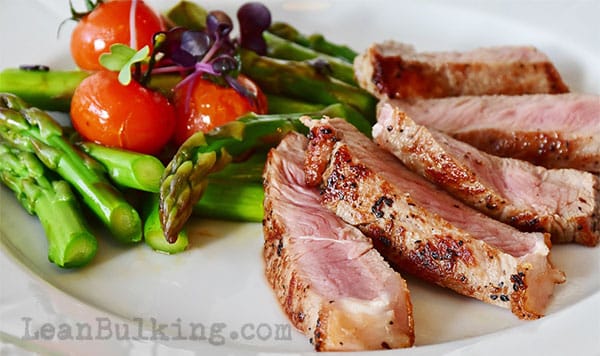 As some may already know, most organic molecules have two enantiomer forms- L and D. In simple words, they look like mirror reflections of each other. Although this difference may seem like a minor variation, actually, quite often it makes a difference between the beneficial and adverse effects of an organic compound.

Same goes with L-Carnitine (and its evil twin D-Carnitine). In cells of animals and humans, only L-Carnitine can be found while the D enantiomer (if ingested) cancels the effects of L-Carnitine causing muscle weakness in some cases.

This is why its very important to only consume the pure (and more expensive) L-Carinitine form - and to avoid D-Carnitine!

Is it necessary to supplement L-Carnitine?

The human body uses amino acids lysine and methionine to produce L-Carnitine. But you can also find this compound in meat, dairy and other sources of foods that contain a high amount of it.

Basically, our bodies are capable of providing sufficient amounts of L-Carnitine without supplementation? According to research studies, it is possible to consume enough L-Carnitine through your diet. But you will need to plan your diet very well, and eat high sources on a daily basis.

As a result, we believe that the best option is to compensate for the lack L-Carnitine in your diet by consuming supplements containing it.

How does L-Carnitine work?

L-Creatinine indirectly increases the blood flow through blood vessels in the muscle tissue, speeds up the process of ammonia break down during exercise (the buildup of ammonia in muscles causes fatigue) and increase the rate of fat oxidation (L-Carnitine is a transporter that picks up fats and transports them into mitochondria- the part of the cell responsible for energy expenditure regulation).

Having in mind its effects, it sounds quite reasonable to use L-Carnitine as a cardio pre-workout. And youll be glad to hear that there have been studies proving that it can benefit your workout.

Should You Take L-Carnitine Before Cardio?

Basically, L-Carnitine has shown to be capable of reducing muscle fatigue and damage, as well as increasing your focus. Ultimately, these benefits are very likely to improve your endurance levels during cardio exercise, so it can be a great addition to any pre-workout supplement.

So, yes, L-Carnitine can certainly help to improve your performance during cardio. 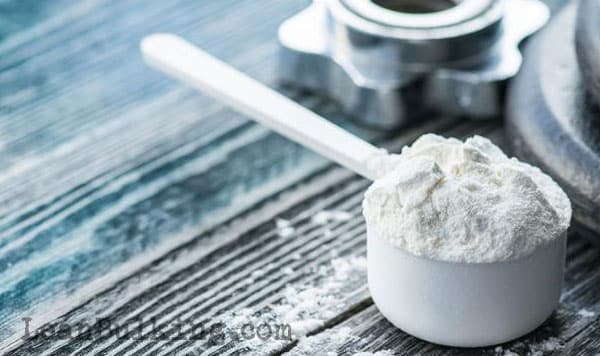 Creatine Monohydrate is the most popular sport supplement in the world - of all time, among all athletes!

Does it work? Yes, research suggests that its very effective. In fact, Creatine was banned from the Olympics after the infamous 1992 Barcelona olympics, where the athletes were said to have improved their performance by using Creatine.

How does Creatine Monohydrate work?

Creatine increases the amount of energy stored in muscles.

To avoid going into complex biochemistry processes that describe its mechanism of action, lets just say it increases the amount of ATP (adenosine triphosphate) in muscles - which has a direct positive impact on your strength and endurance.

Although its contained in animal meat, the high temperature during the food preparation inactivates it, so food is a source of just a small amount of necessary intake. Your body synthesizes the rest of it using amino acids arginine, methionine, and glycine.

Basically, the more creatine that is available to your body during exercise, the better you perform.

According to supplementation routine protocols, the loading phase lasts 5 days (during this time Creatine is taken 4 times a day) after which an athlete abstains from creatine for 5 days (then the cycle starts over again). Some experts in the field of sports supplementation recommend taking it only 5 days a month to achieve all the benefits.

Does it increases your muscle strength? Yes, it increases parameters of anaerobic exercise. In other words, it comes handy for those practicing sports that require quick, explosive action which lasts less than a minute or two (sprinters, for example).

Should You Take Creatine Monohydrate Before Cardio?

As we mentioned at the start of this article, most people perform cardio simply to boost their chances of losing body fat. Ultimately, creatine has shown to be capable of improving your strength and endurance, so its certainly not wrong to suggest that it can boost your cardio workout.

As a result, we believe that Creatine Monohydrate can play a key role when added to any pre-workout supplement. 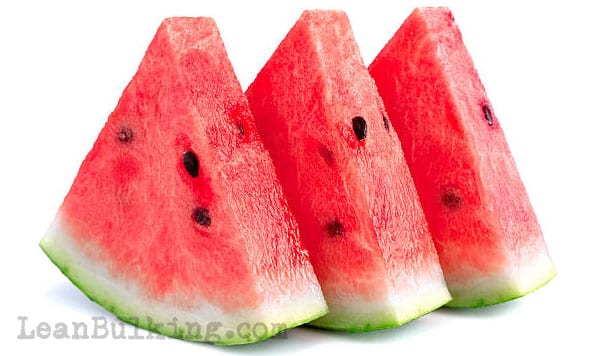 Introduced as the next big thing in the sports supplements industry, Citrulline Malate quickly became very popular among recreational and professional athletes. Its naturally found in foods such as watermelon and beetroot, but its extremely difficult to consume an optimal 6,000mg dosage through just your diet - so it makes sense to supplement L-Citrulline or Citrulline Malate.

Citrulline Malate derives from L-arginine amino acid, but its proven to be more beneficial than L-Arginine due to having a much better absorption rate (bioavailability).

Supplements that can raise your nitric oxide levels (such as Citrulline Malate) have been in the focus of the research due to their ability to:

Creatine Malate is still relatively new on the market, so for the full understanding of its health benefits, we will have to wait for a few more years (probably a decade before some big and relevant study emerges).

But the good news is that what we know so far for sure is this: its certainly safe and it can help improve aerobic performance (cardio).

Should You Take Pre-Workout Before Cardio?

Some will say of course, if it improves my performance, then why not? and they are right.

Regular cardio exercise is a lifestyle choice. To acquire all the benefits of it and enjoy a healthy life, you should incorporate it into the routine.

In the world of supplementation, enhancing a professional athletes performance by 5% can make a difference (millions of dollars difference in some sports, not to mention the fame, breaking records and becoming a legend).

While youre probably not an elite athlete thats preparing for the Olympics, youll no doubt want to reach your fitness goals faster - whether youre aiming to lose body fat or simply get fitter by performing cardio.

As a result, we consider Citrulline Malate to be a key addition to any pre-workout supplement taken before cardio.

Weve analyzed the ingredients that we believe to be essential to an effective pre-workout in this article; they have shown to positively effect cardio performance, which is perfect.

For this reason, if youre looking to boost your cardio workout, look for pre-workouts that contain under a 200mg dosage of Caffeine Anhydrous. Along with optimal amounts of Citrulline Malate, L-Carnitine and Creatine Monohydrate.

If you really are against using stimulants such as Caffeine Anhydrous, then you can look for a non-stim pre-workout containing the other ingredients.