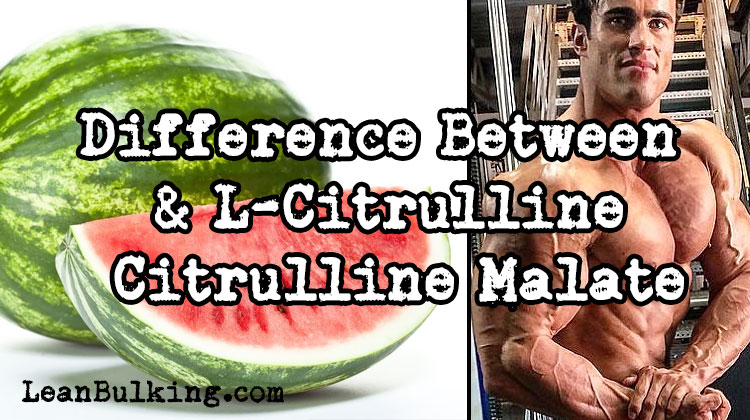 Why? Because both L-Citrulline & Citrulline Malate can deliver benefits to help you perform better during your gym sessions or any other physical, sports activity. However, not many people know the difference between these 2 ingredients.

Ultimately, you need to know the difference between L-Citrulline and Citrulline Malate - so you can determine which is better than the other.

Before analyzing the benefits of l-citrulline, its important to know what it actually is. Simply put, L-Citrulline is a non-protein amino acid (meaning it doesnt have a direct function in the formation of muscles).

But where is it found? Find out below…

Its naturally found in watermelons; in fact, L-Citrullines name originates from the Latin word Citrullus which means watermelon. For this reason, its no surprise to hear that watermelons are packed with this compound.

But this fruit isnt the only natural source of L-Citrulline; Its also found in smaller amounts, in foods such as garlic, onion, milk, fish, beef.

The main function of the L-Citrulline in the human organism is to work as an intermediary in the formation of arginine. Basically, arginine raises your nitric oxide levels, which increases your blood flow.

Ultimately, this leads to you experiencing enhanced muscle pumps in the gym - great for when you bicep curl or leg press.

Why not consume arginine directly? Good question. This is because arginine has a poor absorption rate, so its mostly ineffective when orally supplemented.

Heres where L-Citrulline comes in; as L-Citrulline has a great absorption rate and turns into arginine in your kidneys. This makes L-Citrulline the more reliable ingredient when aiming to enhance your muscle pumps in the gym (as well as benefiting your heart health, immune system, and circulatory system). 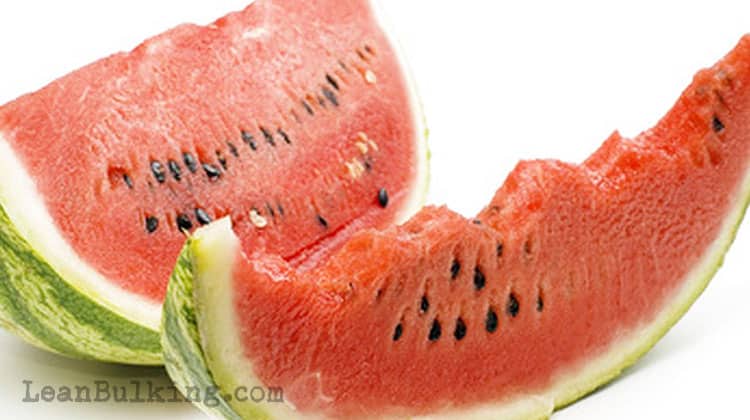 Citrulline Malate is simply L-Citrulline, with the added benefit of containing malic acid. So, the real question would be -  what is malic acid, and what benefits does it deliver? Find out below…

Malic acid is a natural acid found in many fruits, such as grapes, apples, plums, etc. This acid has a great impact on the Krebs cycle (which is the natural process of getting energy from foods).

All The Benefits of L-Citrulline With Raised ATP Production & Strength

Not only that; malic acid also has a great impact on the production of ATP (Adenosine Triphosphate) - which is the energy that our organism uses.

Ultimately, a high level of ATP during workouts, or any sports activity, is great to decrease fatigue and muscle soreness. Well explain whether Citrulline Malate is better than L-Citrulline in the next section below.

L-Citrulline vs. Citrulline Malate: Which Is Better?

Both L-Citrulline and Citrulline Malate are great when aiming to enhance your muscle pumps (and experiencing better workouts). But in this section, well highlight the differences between the 2 ingredients.

It has to be mentioned that the optimal dosage for both L-Citrulline and Citrulline Malate (for exercise and training benefits) is between 6000 to 8000 mg before the session. For non-training purposes (health benefits) the dosage is 3000 mg daily.

The benefits of L-Citrulline are:

Well go through these benefits in more detail below…

This is the main reason why both L-Citrulline & Citrulline Malate are found in pre-workout supplements; both have proven to improve your muscle pumps (by raising nitric oxide levels) in numerous studies[1].

Simply put, enhanced muscle pumps make you feel great while working out - theres nothing better than feeling blood rushing to your biceps while pumping iron.

However, many dont know that the muscle pump also reduces fatigue while increasing your endurance in the gym (both great advantages to help you reach your fitness goals, faster).

As we just mentioned, muscle pumps increase your endurance in the gym. Well, well give you evidence through a scientific case study below.

In a clinical examination by Pérez-Guisado J [2]; it was proved that an intake of 8000 mg of Ll-Citrulline improved the resistance and endurance of the participants chest workout.

Basically, the subjects managed to increase their reps per set by 52% - considerably reducing their muscle soreness in the process. As you can see, this is a HUGE improvement in their workouts.

This particular benefit is great when training - in order to further enhance endurance, reduce soreness, and promote muscle growth.

How? Answer: this leads to reduced lactic acid in our muscles which causes muscle ache during and after training.

But thats not all; studies have also suggested that the L-Citrulline supports people with erectile dysfunction [3].

Free radicals are important in the human organism for some functions. However, an excessive amount of these free radicals is related to aging, some types of cancer, neurodegenerative problems, and cardiovascular diseases.

As we mentioned before; Citrulline Malate improves the natural process of ATP production. Ultimately, this help you recover faster after your workouts - while improving your strength during your gym session.

In fact, this is why creatine is such a popular bodybuilding ingredient; creatine also raises your ATP production, improving your strength too. 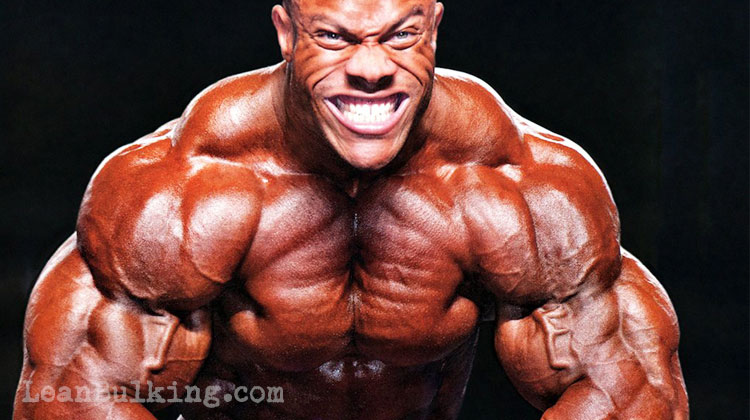 Both L-Citrulline and Citrulline Malate are great options to have in your pre-workouts, they are going to give you almost the same benefits.

However, Citrulline Malate offers all of the benefits of L-Citrulline - as well as adding some extra benefits (increased ATP production and improved strength in the gym).

When it comes to deciding which one is better - the answer is definitely Citrulline Malate.

As we just mentioned, Citrulline Malate delivers raised ATP production and improved strength in the gym (something that L-Citrulline doesnt offer, as it doesnt contain malic acid).

Not only that; Citrulline Malate has also shown to improve the effects of creatine in the body [4]. This is a great benefit if you are consuming creatine, which is another key pre-workout ingredient.

For this reason, Citrulline Malate is a great addition to any pre-workout supplement, when dosed optimally at 6,000mg per serving.