See Your Best Option In Our
- Top 3 Pre-Workouts Page - 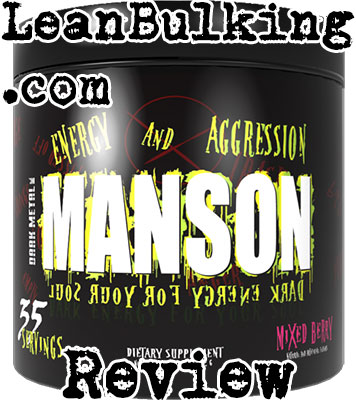 Dark Metal Manson is a pre-workout supplement made by Insane Labz. Weve reviewed their other pre-workout named Psychotic, after a request came through from one of our readers.

This product comes in 35 serving containers, with the usual 1 scoop serving. In terms of flavor, Dark Metal Manson comes in 2 flavors - Blue Raspberry and Mixed Berry.

Anyway, well expand on this more in the next section. But first, well tell you more about the company behind it.

Insane Labz have really established themselves as a respectable supplements brand in 2017. Their products such as Psychotic have become very popular, and they pride themselves on creating the strongest products available.

However, this usually means that they include numerous stimulants in proprietary blends.

The only other information we found was that theyre based in the USA. Other than that, their about us section only offered a picture of a scary hockey mask.

Anyway, youre here to learn more about their pre-workout, Dark Metal Manson. So thats exactly what well give you below…

Dark Metal Manson contains 9 ingredients overall, which isnt too many for 1 product. However, the big issue we have with this, is that every ingredient is part of a proprietary blend (well expand on this below).

Proprietary blends are mixtures of numerous ingredients thatre only shown to you as 1 quantity. As you can see from the MANSON Blend on its ingredient list, the overall amount is 5g - but youre not shown the dosages of each ingredient inside such as Caffeine Anhydrous.

Now that you know why we try to avoid proprietary blends, well take you through each ingredient inside Dark Metal Manson. By the end of this review, youll know whether this pre-workout is worth trying out or not. 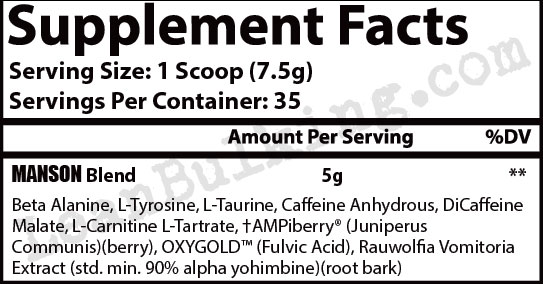 Beta-Alanine is quite controversial, as its shown to cause itchy & tingly skin (which is officially known as paresthesia).

However, many companies still add it into their pre-workouts, as its also shown to enhance your muscular endurance. Personally, we prefer to avoid this side effect, as we find it very distracting and uncomfortable in the gym.

But we can understand why many dont mind suffering from paresthesia for this. Ultimately, its down to personal preference.

L-Tyrosine is an interesting brain booster nutrient thats proven to enhance your cognition.

While an increase in focus can improve your gym session, a sensible dosage of Caffeine will deliver this benefit. For this reason, we dont believe an ingredient solely focused on improving your cognition is needed in Dark Metal Manson.

However, theres no denying that L-Tyrosine is a useful nutrient; we simply believe its better suited to a nootropic supplement.

Theres a chance youve heard of L-Taurine before, as its seen in energy drinks. However, many people mistakenly believe that it can raise your energy levels for this reason.

Studies have found that L-Taurine doesnt boost your energy levels, but its not useless; Taurine has shown to help reduce cramping, making it a great bonus ingredient in a pre-workout supplement.

Caffeine Anhydrous is the best stimulant you can find in any supplement. Everyone knows that it can boost your energy levels, but it can also cause jittery feelings (something youll be familiar with if youve every consumed too much coffee).

For this reason, we believe its important to know the exact dosage of Caffeine you consume.

The bad news is that Insane Labz have included Caffeine Anhydrous in their Manson Blend proprietary blend. This means that youre not given the exact dosage of Caffeine Anhydrous per serving - increasing your risk of side effects.

Ultimately, we wouldnt advise you to consume an unknown quantity of Caffeine. And its a great example of why we dont like proprietary blends too.

In case youre wondering what this is, its basically Caffeine mixed with Malic Acid; Malic Acid can increase your strength and endurance, due to it increasing your ATP levels (similarly to to creatine).

However, Di-Caffeine Malate is also part of a proprietary blend, so this increases your risk of jittery side effects further.

We consider L-Carnitine to be a key addition to any pre-workout supplement.

Why? Because its proven to reduce muscular fatigue and damage, while improving your mind-muscle-connection in the gym.

As these are great benefits to help your reach your fitness goals faster, were always happy to see L-Carnitine in a pre-workout.

However, we cant say for sure whether its been optimally dosed, as its part of a proprietary blend. Ultimately, this means that you dont know whether L-Carnitine will actually work here.

In case youre interested, the optimal dosage for L-Carnitine has shown to be 500mg per serving.

AMPiberry is the patented form of juniper berry inside Dark Metal Manson. But while its a great addition to a gin & tonic, its not shown to do much, in terms of improving your gym session.

It contains some anti-oxidants, which can strengthen your immune system. But we dont think its necessary in Dark Metal Manson here.

We would have preferred Insane Labz to have included Creatine Monohydrate instead (which has proven to improve your strength & endurance in numerous studies).

Not much is known about Fulvic Acid, but its believed to benefit your general health.

Its also claimed to be able to boost your testosterone levels, but there hasnt been enough evidence to back-up this claim. Anyway, if youre interested in raising your T levels, then we recommend looking at testosterone booster supplements instead.

Rauwolfia is one of the ingredients that we advise you to stay away from.

Basically, this ingredient has been reported to cause numerous side effects; this is because it contains high amounts of Yohimbine, which has been banned by numerous countries, including the UK & USA.

Simply put, Rauwolfia Vomitoria Extract gets through a legal loophole, and allows companies to indirectly add Yohimbine. But remember that things get banned for a reason.

Its not worth suffering from side effects to reach your fitness goals. Especially when there are safe and effective nutrients available instead.

Not only that, Rauwolfia Vomitoria Extracts main benefit is promoting fat loss; if youre main aim is to lose body fat, then youll benefit more from a fat burner supplement. 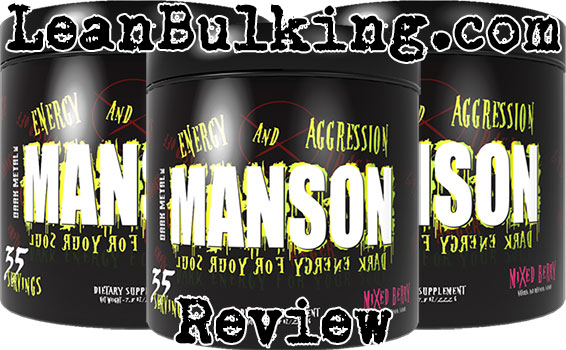 The main concern with Dark Metal Manson is that it contains 2 sources of Caffeine in proprietary blends, as well as Rauwolfia Vomitoria.

In quick summary, the potential over-dose of Caffeine can cause jitters and energy crashes. While well have to list the side effects that Ravwolfia Vomitoria Extract can cause below.

Heres the potential side effects from taking Dark Metal Mason:

Dark Metal Mason seems like a mixed bag; it contains some great nutrients such as L-Carnitine. However, it also contains potentially harmful ingredients such as Rauwolfia Vomitoria Extract.

Not only that, the worst thing about Dark Metal Manson, is that every ingredient is part of a proprietary blend; this means you dont know the exact dosage of each ingredient inside.

Ultimately, to know how safe and effective a supplement really is, its important to know the exact dosages of nutrients inside. For this reason, we advise that you avoid products containing proprietary blends to stay safe.

Dark Metal Mansons downfall is that every ingredient is part of a proprietary blend.

This puts you at risk from suffering side effects, so we dont think it can compete with the highest rated pre-workouts on the market.