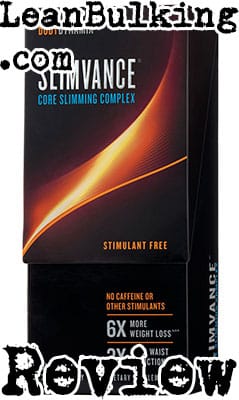 Slimvance Non-Stim is a stimulant free ‘core slimming complex’ fat burner made by BodyDynamix. It costs $59.99 for 60 serving containers, which might seem great at first, but only offers 1 capsule serving per day.

Why is this bad? Well, studies have shown that 3-4 capsule servings keep your body fuelled in fat burning mode for longer. So we would have liked Slimvance Non-Stim to have offered more capsule servings daily.

Apart from that, we’re glad that there are no potentially harmful ingredients in Slimvance Non-Stim. We’ll expand on this when we analyze this fat burner’s nutrient profile in the next section, but first we’ll tell you more about the company behind it.

We couldn’t find any website associated with BodyDynamix, but we do know that this brand sells numerous supplements on GNC.com. For this reason, we believe that it might be GNC’s own brand, although we can’t confirm this.

This brand is gaining popularity after being promoted on GNC.com, with the stimulant version (which contains Caffeine) of this fat burner called Slimvance being one of their best sellers.

However, you’re here to learn more about Slimvance Non-Stim. So let’s see which ingredients have been added below…

We don’t mind when companies don’t add many ingredients into their supplements. In fact, we’d rather companies added under 10 nutrients and optimally dosed them.

But only having 3 ingredients in a fat burner priced $59.99 doesn’t offer great value for money, in our honest opinion. Especially when there have been no key thermogenic nutrients such as Green Tea Extract or Green Coffee Bean Extract included.

Another negative is that all 3 ingredients in Slimvance Non-Stim have been added to a proprietary blend (we’ll expand on this below).

Proprietary blends are mixtures of numerous ingredients that’re only shown to you as 1 quantity. As you can see from the ‘Slimvance Patented Blend’ on this fat burner’s ingredients list, the overall amount is 450mg – but you’re not shown the dosages of each ingredient inside such as Curcuma Longa Root Extract.

This increases your risk of side effects, and also makes it uncertain whether Slimvance Non-Stim will work. For this reason, we try to avoid any supplement that contains proprietary blends.

So now you also know that the overall amount of ingredients in Slimvance Non-Stim is 450mg; to put into perspective how small this is, the optimal dosage for Green Tea Extract is 500mg on its own (although it’s not included in here). Ultimately, 450mg of 3 ingredients together isn’t going to deliver $59.99 worth of results, in our honest opinion.

Anyway, we’ll explain more as we take you through each ingredient in Slimvance Non-Stim. By the end of this review, you’ll have a good idea of how safe and effective this fat burner really is. 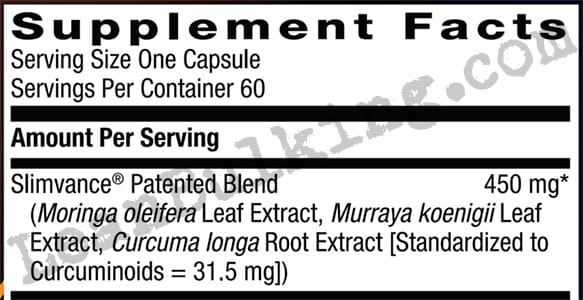 In case you’re unaware, the Moringa Oleifera is a tree that’s also known as the ‘tree of life’; this is because it’s able to survive in harsh, drought conditions and offers edible vegetables.

More relevant to this ingredient, the leaves of the Moringa Oleifera tree have a history of being used as medicine. It’s believed to help keep your blood levels stable, which would be beneficial for diabetics.

However, the bad news is that there have been no successful human studies conducted. As a result, we consider this to be an unreliable addition to Slimvance Non-Stim here.

Ultimately, we would have preferred to see something tried-and-tested to promote fat loss instead, such as Green Tea Extract.

More commonly known as ‘Curry Leaf’, this is known for being used in Indian cooking.

So why has it been included in Slimvance Non-Stim? Well, like Moringa Oleifera Leaf Extract, Curry Leaf is also believed to help keep your blood sugar levels stable.

But we have the same problem again; there are no human studies that prove whether Murraya Koenigii Leaf Extract is able to help you burn fat.

For this reason, we have to also consider Murraya Koenigii Leaf Extract to be an unreliable addition to Slimvance Non-Stim.

While you might not know this ingredient by this official name, you’ll recognize when it by it’s more common name – Tumeric Root Extract.

Just in case you’re still unaware, Tumeric Root is also used in Indian cooking to color and enhance flavor; it gives foods a distinct orange color that you simply can’t miss in curries.

It’s mainly known to be an anti-inflammatory, treat respiratory tract infections and improve your general health. But most importantly, it’s the best ingredient in Slimvance Non-Stim when it comes to fat burning.

Why? Because it’s the only nutrient in Slimvance Non-Stim that’s shown promising results in studies – although there aren’t many successful studies that’ve been conducted on humans.

In terms of spices, we believe that chillies such as Cayenne Pepper Extract offer the best thermogenic effects; you don’t need to look at studies to know that chillies, work, as they’ll make you sweat after eating them.

But as we mentioned, Curcuma Longa Root Extract is by far the best nutrient in Slimvance Non-Stim.

Right, we probably seem like we’ve heavily criticized Slimvance Non-Stim in this review, so we’re going to justify our honest opinions in this section.

Basically, we’re going to show you which ingredients that are safe and proven to actually help you lose your unwanted body fat – without suffering from any side effects too.

In all fairness to BodyDynamix, you can see that they’ve tried to create a unique ingredient and done their research. Call us old-fashioned, but we prefer sticking with tried-and-tested fat burning nutrients, rather than unproven ingredients that may or may not work.

Anyway, here’s the list of nutrients that would have raised our ranking of Slimvance Non-Stim below: 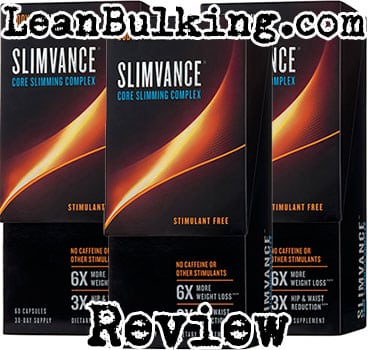 One of the best things about Slimvance is that it doesn’t contain any ingredients that have shown to be potentially harmful.

So credit where credit is due; BodyDynamix clearly did their research and made sure to keep Slimvance Non-Stim side effects free.

Slimvance Non-Stim is a respectable fat burner supplement. It’s hard to create a fat burner without any stimulants, but BodyDynamix have done a great job here.

However, we don’t believe it’s necessary to completely avoid stimulants such as Caffeine Anhydrous. You just need to make sure supplements containing sensible dosages of Caffeine Anhydrous (under 100mg per capsule serving) to stay safe from jittery side effects.

The problem is that most companies add wayyyy too much Caffeine Anhydrous, along with other stimulants, into their supplements. So we do understand why you’re looking for non-stimulant fat burners.

We respect that BodyDynamix have clearly done their research and added only safe ingredients into Slimvance Non-Stim.

However, due to it missing key fat burning nutrients, it can’t compete with the highest rated fat burners for women in our honest opinion.

2
Check Out The Best Fat Burners For Women!