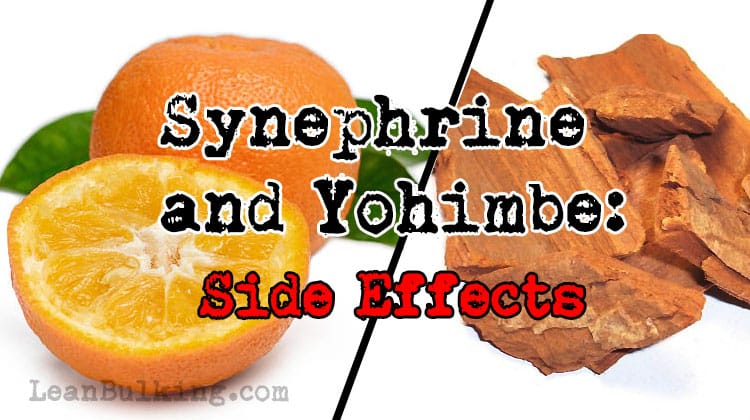 It is impressive how some components can be so beneficial, and so dangerous for the human body at the same time if not taken properly. In the case of synephrine and yohimbe, we are talking about two fairly common ingredients that are added to supplements (mainly fat burners and pre-workouts).

Supplements, in general, are great things to have in our diet and exercise routines. They can improve our:

However, despite being natural, these products can also be counterproductive; especially if not consumed in the right dosages, or if they contain potentially harmful ingredients.

For this reason, you should know what Synephrine and Yohimbe are - and why you should try to avoid them when choosing a gym supplement.

In this article, well explain what these 2 ingredients are, the potential side effects they can cause, and our final verdict in the conclusion.

Synephrine, known scientifically as p-synephrine, is an alkaloid and principal active component found in several types of oranges; especially in the bitter orange (Citrus aurantium).

This fruit is native from south Asia and is often used in the TCM (Traditional Chinese Medicine).

It has been used for millennia to treat bronchial problems, such as allergic rhinitis and asthma through topical applications. More recently, Synephrine has become a popular addition to fat burner and pre-workout supplements - due to its fat-loss, appetite suppressant, energy booster and muscle preservation properties.

Heres how Synephrine works in the human body; by stimulating the central nervous system (making it a stimulant). More specifically, stimulating your adrenergic receptors β-3 and, on a reduced way in β-1 without affecting the receptors β-2, α-1 and α-2 which, if overstimulated, can cause issues in the organism like hypertension and tachycardia.

When the receptors β-3 is stimulated, the release of fatty acids and triglycerides (LDL, bad cholesterol) is increased.

Many studies have shown the effectiveness of Synephrine regarding weight-loss; basically, it can increase your metabolic rate and fat oxidation. It has been also shown that Synephrines benefits can be enhanced when consumed with Caffeine.

The recommended dosage for synephrine is from 10 to 30 mg taken 3 times per day, though, some people take a dosage of 50 mg once a day. However, is not recommended to take it for long periods of time (two months max) with a month out.

For people with hypertension, insomnia, or any other heart issue, is not recommended the consumption of synephrine. Not only that, this chemical has been reported to cause numerous side effects and has been banned in the UK among other countries (well expand on this later in this article). 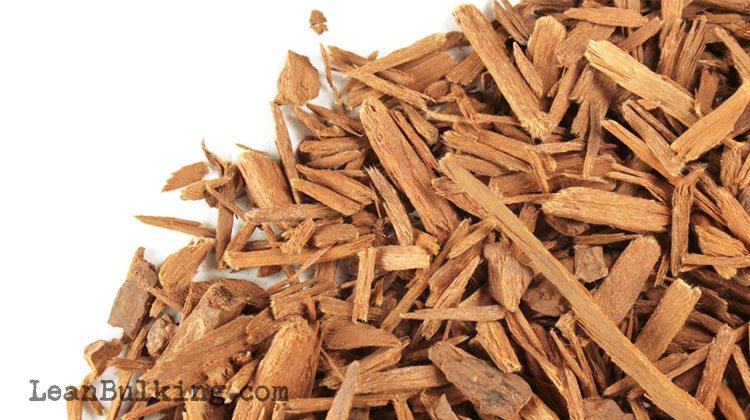 Yohimbe is an alkaloid found in the bark of a tree called Pausinystalya johimbe, which is native to Africa. It is commonly used to treat erectile dysfunction and has gained attention for its fat burning ability, which is why added to fat burner supplements (and even pre-workouts).

It works similarly to the way synephrine does, but in a more powerful way; Yohimbe works by stimulating the adrenergic receptors α-2 (increasing blood flow). One of the most prominent chemicals contained in Yobimbe, is Yohimbine Hydrochloride (considered a prescription drug in North America).

However, its worth noting that Yohimbine has been banned in the USA, UK and Canada after being reported to cause harmful side effects - well expand on this later in this article.

As we mentioned, Yohimbe has shown promising results in helping people burn fat. Its also believed to treat anxiety problems (although Yohimbe has also shown to cause anxiety too), and is thought to be remedy to treat type 2 diabetes.

In general, this component almost has the same benefits of Synephrine - with the difference being that Yohimbe is believed to have a positive effect to relieve stress and anxiety.

The recommended dosage for yohimbe is 0.2 mg/kg of body weight twice or thrice a day and in between meals for more effectiveness. Most supplements with yohimbe have around 25-250% of the recommended dosage; therefore, it is important that you start with small dosages in order for you to not have side effects.

Potential Side Effects of Synephrine and Yohimbe?

Its worth noting that almost all ingredients can cause side effects in large dosages. However, Synephrine has been banned in the UK (among other countries such as Canada) after causing harmful side effects.

But for those thinking that Yohimbe is safer…youre wrong. Yohimbe has also been reported to cause numerous side effects; after all, the most promiment chemical inside Yohimbe Bark Extract, is Yohimbine (which has been banned in the USA, UK, Canada, and other big countries).

In fact, besides being the yohimbine a prescription drug in North America, the yohimbe is also on the black list of the FDA (Food and Drug Administration) - officially listed as a dangerous supplement.

Reported Side Effects of Synephrine

The most common side effects of Synephrine are:

Reported Side Effects of Yohimbe

Many people have reported these side effects:

We can understand why some poeple enjoy consuming Synephrine and Yohimbe; they are 2 chemicals that have shown to promote fat loss. However, its important to know they have also proven to cause numerous harmful side effects that should be avoided.

In fact, Yohimbe has been black listed by the FDA as a dangerous ingredient in any supplement. And Synephrine has officially been banned in the UK among other countries, after consistently causing harmful side effects (which weve listed in the section above).

For this reason, we always advise you (our readers) to stay away from Synephrine and Yohimbe when choosing supplements - to stay safe. And its also for this reason that the highest rated fat burners and pre-workouts on the market dont contain these 2 chemicals.

Bottom Line: Some people go to extraordinary lengths to lose body fat. However, there are tried-and-tested natural ingredients that have shown to be even more effective than potentially harmful chemicals such as Synephrine and Yohimbe.

As a result, we recommend choosing 100% natural fat burners and pre-workouts - to stay safe without suffering from any side effects, and more importantly, seeing better results and sculpting the body youve always worked towards.