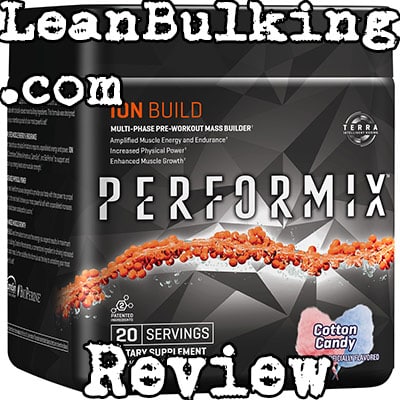 ION BUILD is a pre-workout supplement made by Performix. It costs $39.99 for 20 serving containers, making it a competitor for premium supplements on the market.

It was released early in 2018, and we first saw this product available on GNC.com in 1 flavor - cotton candy flavor, which sounds pretty tasty!

From first glance, Performix ION BUILD looks to be a very respectable product. In fact, it contains the best dosage of Creatine Monohydrate weve seen in a pre-workout supplement - and thats a very high compliment, trust us!

But there are a few negatives, especially that it contains Yohimbe Bark Extract, which is an ingredient that we try to avoid. Well expand on this as we analyze Performix ION BUILDs nutrient profile in the next section, but first, well tell you more about the company behind it.

Performix is a premium supplements company that pride themselves on their terra-bead technology; they claim that this stays in your body for longer, and its no surprise that its been implemented with their pre-workout, Performix ION BUILD.

We dont mind paying slightly extra for supplements, as long as they contain effective nutrients in optimal dosages. So the price-tag initially doesnt put us off - we always give every product a chance to impress us.

Performix ION BUILD contains 8 ingredients overall, which is a good number of ingredients to have in a supplement; from experience weve found that products containing more than 10 nutrients are usually under-dosed, so wed rather have less ingredients in bigger amounts.

As we mentioned, we have good first impressions of Performix ION BUILD. It contains the best dosage of Creatine Monohydrate weve seen in a pre-workout. And it also contains some other great ingredient such as Citrulline Malate, and even Beta-Alanine.

But we cant ignore the negatives; Beta-Alanine is also known to cause itchy & tingly skin (a side effect officially known as paresthesia), and we try to avoid Yohimbe Bark Extract as its been reported to cause numerous side effects.

Well expand on this as we take you through each ingredient in Performix ION BUILD. By the end of this review, youll have a good idea of how safe and effective this pre-workout really is. 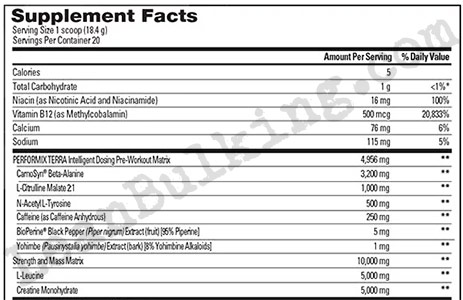 We always have mixed opinions on Beta-Alanine; its proven to be both beneficial and negative, due to being able to improve your muscular endurance, but also being capable of causing paresthesia (itchy & tingly skin).

Personally, we feel that paresthesia distracts us from our gym session and affects our performance. So we would rather avoid products containing Beta-Alanine, in our honest opinion.

However, we do acknowledge that Beta-Alanine is beneficial and some people arent as badly affected by its side effects. For this reason, well leave this up to personal preference.

Well just mention that as Performix ION BUILD contains an amazing dosage of Creatine Monohydrate (which offers the same benefit), Performix could have left out Beta-Alanine here.

Citrulline Malate is one of our personal favorite ingredients you can find in pre-workout supplements; its proven to raise your nitric oxide levels when consumed in the right dosage, which results in you benefiting from enhanced muscle pumps while you lift weights.

But the bad news is that Performix ION BUILD only contains 1,000mg. Studies have shown that you need 6,000mg for Citrulline Malate to reliably deliver its benefits.

For this reason, we consider the dosage in this pre-workout to be under-dosed. Ultimately, this is a great example of why dosing ingredients correctly, and as a customer, checking the dosage in supplements is important.

L-Tyrosine is a brain booster thats able to raise your cognition, which is why its a great feature in a nootropic supplement.

Now, we believe that Caffeine is enough to boost your focus in for the purposes of a gym session. So L-Tyrosine isnt an essential addition to any pre-workout supplement.

But we do acknowledge that its a useful addition to Peformix ION BUILD here.

When it comes to raising your energy levels, Caffeine Anhydrous is the best stimulant you can find in supplements. Any coffee or tea drinker will know this already.

So what is Caffeine Anhydrous? Its a pure, dehydrated powdered form of Caffeine, which is good so you can keep an eye on the exact dosage youre consuming.

There is a 250mg dosage in Performix ION BUILD, which is quite a lot - especially for someone with a low tolerance to Caffeine.

However, for someone that drinks 5-6 or more coffees per day, theyll enjoy this dosage. Personally, we prefer dosages under 200mg with pre-workouts, as this will keep everyone safe from jittery side effects.

Black Pepper Extract is pretty much what it is. Its the same stuff that you sprinkle on your food to make it taste better.

So why is it added to supplements? Well, you might not know that Black Pepper Extract is able to improve your digestion and the absorption rate of other ingredients its consumed with.

For this reason, we always consider Black Pepper Extract to be a useful addition to any supplement.

Weve said from the start that this is the real issue with Performix ION BUILD; Yohimbe Bark Extract has been reported to cause numerous side effects, which is why we prefer to avoid it.

Were not really sure why its added to Performix ION BUILD. Yohimbe Bark Extract is known as a fat burner, as it has shown to have a positive effect on fat loss.

But we saw that this products is marketed as a pre-workout and muscle builder supplement. So this ingredient doesnt really fit the mould.

If youre main aim is to lose body fat, then youll benefit more from a fat burner supplement.

L-Leucine is a branched chain amino acid (BCAA). Its actually considered the most important one, as studies show that its most responsible for promoting muscle protein synthesis.

We usually supplement BCAAs seperately, so we dont see this as an essential addition to a pre-workout. You should also be consuming enough complete proteins through your diet anyway.

But in fairness, this is a great bonus addition to Performix ION BUILD thats been dosed very generously.

The best thing about Performix ION BUILD is the massive Creatine Monohydrate dosage. Its actually the best dosage weve seen in a pre-workout, so this definitely impressed us.

So what does it do? Well, studies have shown that Creatine Monohydrate is able to improve your strength and endurance, and Olympic athletes back in the 1992 Barcelona Olympic games were famous for supplementing with it.

Now, gym goers around the world consume Creatine Monohydrate for a reason - it works.

We know that many supplement Creatine Monohydrate seperately, so this big dosage isnt necessary for everyone; we do like to see at least 1,000mg in pre-workouts though.

But you cant argue with this dosage. Performix have done a great job getting the big 5,000mg dosage per serving in Performix ION BUILD. 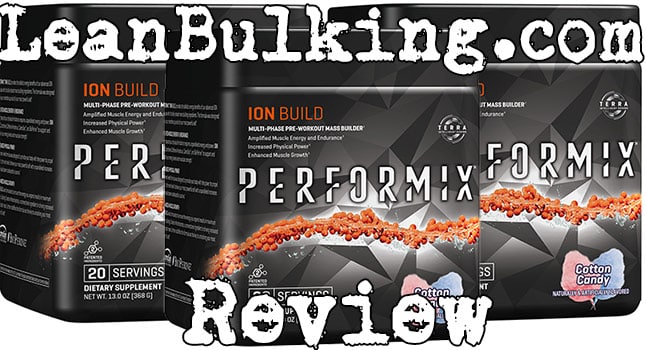 In terms of side effects, there are 2 issues with Performix ION BUILD; Beta-Alanine is infamous for causing itchy & tingly skin, with Yohimbe Bark Extract also reported to cause numerous side effects.

Heres the potential side effects from taking Performix ION BUILD:

Its clear to see that Performix ION BUILD is a very respectable pre-workout supplement. As weve mentioned, it contains the best dosage of Creatine Monohydrate weve seen in a pre-workout - and thats a serious compliment.

But you cant ignore the small issues with Performix ION BUILD; the Citrulline Malate has been significantly under-dosed, while Yohimbe Bark Extract has been reported to cause numerous side effects.

For the most part, Performix ION BUILD is a great pre-workout. But it would have scored higher if it didnt contain Yohimbe Bark Extract, in our honest opinion.

For this reason, we dont believe it can compete with the highest rated pre-workouts on the market.