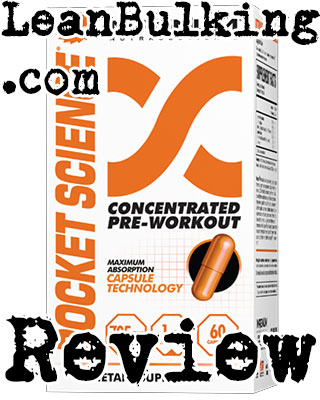 Rocket Science is described as a ‘concentrated pre-workout supplement’ made by Magnum Nutraceuticals. It costs $32.99 for 60 serving containers, with a serving size of 1 capsule per day.

That’s right, unlike other pre-workouts, Rocket Science comes in capsules, not powder form; this doesn’t make a difference to the effectiveness of the product, so it isn’t a problem.

However, saying that, some people feel that powder gets into your system quicker – but in all honesty, there haven’t been any studies to prove this.

Anyway, we’ll take you through the nutrient profile of Magnum Rocket Science. But first, we’ll tell you more about the company behind it.

Who are Magnum Nutraceuticals?

Magnum Nutraceuticals are a USA or Canadian based supplements company (their ‘about us’ section didn’t actually specify where they were actually based, so we’re assuming this).

While there ‘about us’ section didn’t tell us much, we’re glad that they show off the awards they’ve won; not many companies do this anymore, and everyone should be proud of their achievements in the industry.

But one problem we had, was that we didn’t learn which year Magnum Nutraceuticals were founded.

Anyway, none of this really makes a difference to the quality of Magnum Rocket Science. So let’s see which ingredients have been added inside below….

Magnum Rocket Science contains 7 ingredients overall, which is a great number to have in 1 supplement; from experience, we know that pre-workouts containing over 10 ingredients are usually under-dosed.

By the end of this review, you’ll know exactly how safe and effective Magnum Rocket Science really is. 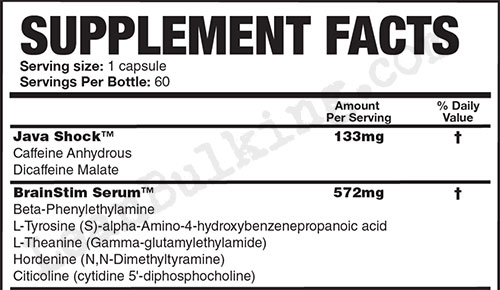 Caffeine Anhydrous is the best stimulant you can find in supplements. It’s proven to be safe and effective when dosed optimally, as it’s a pure form of caffeine.

However, it’s never a good idea to add an unknown quantity into a product. But as it’s inside a proprietary blend, this is exactly what Magnum Nutraceuticals have done.

We always recommend that you consume under 200mg per serving with pre-workout supplements, but you’ll never find out the exact dosage inside this pre-workout.

For this reason, you’re at risk from suffering jittery side effects when taking Magnum Rocket Science.

Ultimately, this is a great example of why we don’t like companies using proprietary blends in their supplements.

We just mentioned that adding stimulant to a proprietary blend is a bad idea – due to the risk of causing jittery side effects.

Basically, we always advise that you only choose pre-workouts containing 1 stimulant; there’s no need for any more than this, and consuming under 200mg Caffeine will keep you safe.

Magnum Nutraceuticals have slightly saved themselves, as the whole ‘Java Shock’ blend only adds up to 133mg – which isn’t a bad overall serving of Caffeine to have in a pre-workout.

Still, we would have preferred to not see a proprietary blend in Magnum Rocket Science. But we’ve noticed that this pre-workout contains more stimulants, which raises your risk of suffering side effects (we’ll explain more below).

This isn’t a good addition to Magnum Rocket Science, as it’s another stimulant; while there’s a good mount of Caffeine inside so far, this significantly increases your risk from suffering jitters and energy crashes.

Ultimately, no-one knows the dosage of Phenylethylamine inside Magnum Rocket Science, so we personally wouldn’t take the risk here.

L-Tyrosine is a ‘brain booster’ that’s shown to improve your cognition. However, you don’t really need improvements to your memory in the gym, and Caffeine offers enough of a boost to your focus to benefit your workout.

For this reason, we don’t consider L-Tyrosine to be a necessary addition to any pre-workout. But saying that, it can be a good ‘bonus’ alongside key nutrient such as Citrulline Malate.

The problem is that there aren’t many key pre-workout supplements inside Magnum Nutraceuticals.

When consumed with Caffeine, L-Theanine forms a ‘smart-caffeine’ combo; this enhances the benefits of caffeine (improved energy, focus, strength and endurance), while keeping you safe from side effects.

For this reason, L-Theanine is a great addition to any pre-workout supplement.

However, the big problem is that you don’t know the exact dosage of L-Theanine inside Magnum Rocket Science.

Why is this a problem? Because L-Theanine has only shown to work when consumed in bigger dosages than Caffeine.

Ultimately, this means you can’t be sure whether L-Thenine will be effective in Magnum Rocket Science; this is a great example of why proprietary blends are a bad thing.

Hordenine is another stimulant that can raise your energy levels. Again, we’ll repeat that there’s no need to anymore stimulants in Magnum Rocket Science, and this makes it almost certain that you’ll suffer from jittery side effects.

Ultimately, we would have preferred to have seen a tried-and-tested nutrient such as Citrulline Malate (which is proven to boost your nitric oxide levels, and therefore your muscle pumps In the gym).

We mentioned that L-Tyrosine was a ‘brain booster’ that’s capable of improving your cognition earlier.

Well, Citicoline is exactly the same, as it’s also shown to raise your cognition. Again, this isn’t a key addition to Magnum Rocket Science, but it can certainly be a useful ‘bonus’ ingredient here. 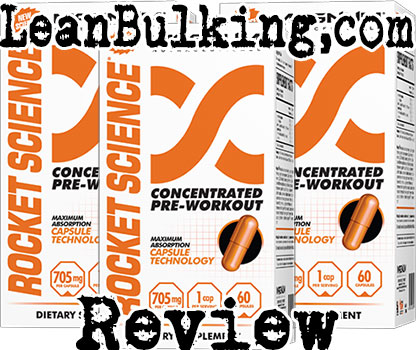 The main concern we have with Magnum Nutraceuticals Rocket Science is with the overload of stimulants; when consuming too many stimulants at once, you’re almost certain to suffer from numerous side effects, which is never a good thing.

Simply put, as a general rule we advise that you avoid supplements containing more than 1 stimulant in the future. However, there are 4 stimulants inside Magnum Rocket Science.

Anyway, we’ll bullet point the potential side effects from taking this pre-workout below…

Here’s the potential side effects of taking Magnum Rocket Science:

We mentioned at the start that Magnum Nutraceuticals advertises this pre-workout as a ‘concentrated pre-workout’. And now we can see why, as it contains 4 different stimulants – so they’ve tried to make Magnum Rocket Science as ‘strong’ as possible.

However, consuming more than 1 stimulant in pre-workouts only makes it likely for you to suffer from jittery side effects. Ultimately, this will negatively affect your gym session, which isn’t what you want.

Not only that, Magnum Rocket Science is missing most key pre-workout ingredients, such as Citrulline Malate. For this reason, we don’t think it’s very likley that this product will improve your performance in the gym.

Magnum Rocket Science is more likely to cause side effects than benefit your performance in the gym.

We can’t recommend this pre-workout to you, as we believe you can look elsewhere to spend your money wiser (in our honest opinion).