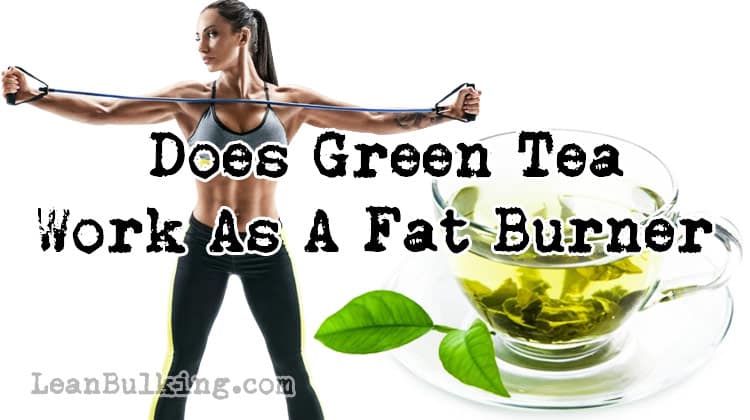 According to the data published by the World Health Organization (WHO), in the 21st century, a global prevalence of obesity has tripled.

The health issues related to obesity, such as cardiovascular, cerebrovascular and metabolic disorders have caused a significant morbidity and mortality in the developed and developing countries. The pandemic proportions of obesity have prompted research aimed to identify alternative methods for prevention and management of overweight and obesity worldwide.

Preclinical investigations on animals as well as clinical trials on humans demonstrated the potency of green tea in regulating body weight by reducing total body fat. However, the exact mechanistic behind this phenomenon remains the subject of debate.

As the food of the ancestors became popular again, green tea came to the focus of interest of the consumers all around the world.

Among the keywords of every contemporary diet, no matter which one (paleo, chrono diet, intermittent fasting, etc), you will find green tea, water intake, and fibers. Green tea is there for a reason!

Read on, by the end of this article youll learn:

The origins of green tea go all the way to China. Green tea is produced from the leaf and bud of the plant Camellia sinensis through a non-fermented process, unlike the black tea, which preserves the active ingredients such as polyphenols, responsible for the majority of health benefits of green tea.

A growing body of literature has emerged in the last three decades on an apparent plethora of benefits supposedly hidden in this relatively widespread and inexpensive beverage; included among which are anti-obesogenic, anti-diabetic, anti-carcinogenic, anti-bacterial and antiviral properties (1).

A complex mixture of ingredients including vitamins, enzymes, minerals, lipids, proteins, and carbohydrates are stored in the green tea.

The family of polyphenols (especially epigallocatechin gallate) plays the most significant role since they are responsible for the most of the pharmacological properties of green tea (2).

The effects of green tea active components have been investigated for decades in both animals and humans and demonstrated the beneficial activity of both short-term and long-term regulation of body fat and body weight.

The short-term effects of green tea were proven by multiple clinical trials, where a significant increase in fat burning process called beta-oxidation was noted only 24 hours following administration of green tea or its components (3) (4).

Additionally, due to an overall increase in metabolism, a shift from carbohydrates to fat metabolism was demonstrated as a short-term effect of green tea. This was proven to be particularly important in burning the abdominal fat, responsible for the development of chronic conditions including cardiovascular pathology and type 2 diabetes mellitus.

The long-term effects of green tea on body weight were the subject of additional research and demonstrated significant benefits over the period of 3-6 months in both the adult and children population.

The results were indicative of 3% up to 8% drop of body fat and 4-6% drop in body weight for the period of three months.

These percentages may seem to look small, but keep in mind that 6% of body weight for a person that weights 100kg is 6kgs! Over the course of the year, the green tea can help you loose 15-20kgs easily!

Green Tea As A Fat Burner: The Mechanics of Burning Fat

When reviewing the effects of green tea on reducing the body fat, with the subsequent regulation of body weight, that were published in the scientific literature, it is reasonable to believe that active components from green tea affect the fat metabolism and absorption.

The exact mechanism behind the effects is still a matter of discussion in the scientific community. Some of the most prominent mechanisms are described in the text below.

When ingested, the fat undergoes a complex mechanism of digestion, absorption, metabolism, and excretion. There is evidence suggesting that active components of green tea target the metabolism of fat in the body.

The green tea has been shown to improve and increase lipid metabolism by mobilizing fat depots for the process of oxidation (5). This directly leads to emptying fat depots and decrease in the overall fat content in the body.

Another observation was that green tea may inhibit the accumulation of fat within the body, directly leading to the loss in body weight (6).

Some experts in the scientific community demonstrated that green tea directly affects the fat absorption in the intestines by preventing the fat to enter the bloodstream through the mechanism of inhibiting pancreatic lipase, resulting in a higher excretion of fat and, consequently, in the reduction of the overall body fat percentage (7).

The bottom line is, the green tea reduces the amount of fat absorbed in intestines, passing them through the intestines instead letting them into the bloodstream which, all together, reduce the amount of calorie intake and contributes to fat burning effect.

Another hypothesis regarding fat burning emerged when it was noted that green tea affects glucose metabolism and insulin sensitivity. By decreasing the blood glucose level, it is plausible that green tea actually suppresses fat accumulation (8). As a result- less insulin is being released to the bloodstream (which in simple words means- fat burn!).

The process of glucose absorption from the intestines, as well as the process of creating glucose in the liver, seems to be inhibited by active ingredients originating from green tea, which directly results in emptying the fat depots for the purpose of energy metabolism.

Other Benefits of Green Tea

The research regarding green tea benefits has expanded beyond the subject of decreasing body fat. It is now recognized that green tea reduces the risk of coronary heart disease by decreasing the levels of cholesterol and triglycerides.

Furthermore, clinical trials that are still in the early phases show promising evidence regarding the antioxidative potential of polyphenols from the green tea. This effect has multiple benefits including the prevention of cancer and autoimmune diseases.

Green tea appears to have the anti-inflammatory potential, which rationalizes its use in the management of inflammatory bowel disease, hepatitis, gastritis, and other inflammatory conditions.

Green Tea is undeniably beneficial to the human body. In fact, its actually shown to benefit almost every organ in your body!

But the main point of this article, is to display its effectiveness at promoting fat loss; weve included numerous studies below that prove this, which is why we believe it to be a key addition to any fat burner supplement.

Other articles simply state that its able to boost your metabolism due to being a thermogenic. While this is very true, we wanted to provide you with a more educational answer to does green tea work as a fat burner.

Now, you know that it also promotes fat loss through inhibition of fat absorption, glucose metabolism and blocking the fat tissue proliferation too.

Weve spent years in the supplements industry and tried-and-tested countless fat burner supplements. Ultimately, we found 3 that we can recommend on this page here.

1. The putative effects of green tea on body fat: an evaluation of the evidence. Thavanesan, Navamayooran. 2011, British Journal of Nutrition, pp. 1297-1309.

4. The effects of epigallocatechin-3-gallate on thermogenesis and fat oxidation in obese men: a pilot study. Thielecke, Boschmann M &. 2007, The Journal of the American College of Nutrition, pp. 389S-395S.