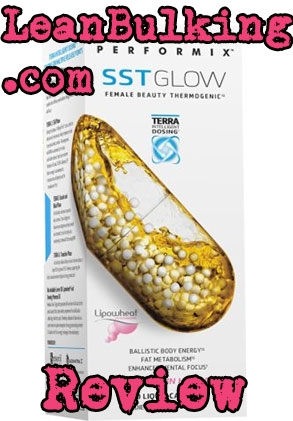 Performix SST Glow is a fat burner supplement targeted specifically at women. It costs $64.99 for 30 serving containers on GNC.com, making it a ‘premium’ priced product.

We’re always interested to see whether companies add ingredients that are more suited to women in these kinds of supplements. But usually, we find that the name and containers simply contain a bit of pink color to make it more appealing to females – but they’re not exactly more beneficial for women…

Anyway, we’ll make a full decision after anayzing Performix SST Glow’s nutrient profile. But first, we’ll tell you more about the company behind it.

Performix consider themselves to be a premium supplements brand; their high prices definitely reflect this idealogy, with Performix SST Glow not being an exception.

We always see that this company pride themselves on their ‘terra bead’ technology. It’s marketed as a creation designed to keep your body fuelled for longer with less capsules – but we’d rather take 3-4 capsules spread throughout the day (which has proven to push you towards your fitness goals), than rely on this kind of patented formulation.

Looking at the nutrient profile of Performix SST Glow, we can see why many of you will have chosen to look at reviews. Basically, this fat burner marketed at women, contains an overload of ingredients (which simply isn’t necessary).

It seems like Performix has purposefully tried to confuse you – so you automatically become more impressed by the scientific names on the ingredient list.

However, fortunately for you, we’re here to explain the exact benefits (and/or side effects) that most of the nutrients deliver in Performix SST Glow. This will ensure that you know exactly how effective this fat burner really is (without being fooled by the advertisements).

Anyway, if we were to analyze each ingredient, then you’d be here reading our review all day. So we’ve chosen the 8 most important ingredients for you to

Ultimately, you’ll learn whether Performix SST Glow is really worth trying out. Or if it’s likely to just waste your cash… 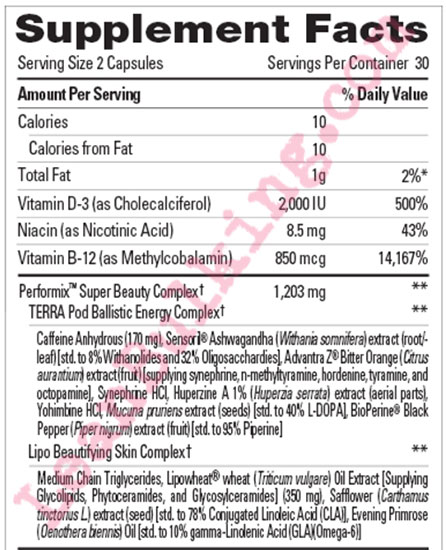 Vitamin D3 is probably the most beneficial nutrient in the supplements industry; it can raise your testosterone levels, improve your general health, and even reduce or eliminate fatigue.

For this reason, we consider Vitamin D3 to be a key ingredient in test booster supplements. However, as it’s not going to have a direct effect on fat loss, we don’t believe it’s necessary in a fat burner such as Performix SST Glow.

If you’re wondering, a slight increase in testosterone can be beneficial in women; it can improve their skin, reduce acne and provide clearer skin. And as this product is called ‘Glow’, we believe this is the real reason why Performix has added Vitamin D3 here.

However, it’s also important to know that Vitamin D3 has only shown to work in dosages between 3,332IU-5,000IU. As Performix SST Glow contains 2,000IU, it’s not likely to deliver it’s full benefits here.

In case you’re wondering what ‘anhydrous’ means, it’s basically means that Caffeine has been hydrated into powder form – so it can be added into supplements.

Anyway, we believe that Caffeine is a key addition to any fat burner; it’s known for raising your energy levels, which can make a big difference when you’re cutting calories and carbohydrates from your diet.

However, we always recommend that you consume under 100mg Caffeine per serving – to avoid jitters and energy crashes. Fortunately, Performix have done well here by dosing Caffeine at 75mg per capsule, so you’ll be safe from these side effects here.

Ashwagandha is a herb that’s been used in ayurveda (Traditional Indian Medicine) for a long time. It’s shown to be able to improve your strength and energy in the gym; this can be great for helping you retain muscle mass while you lose body fat.

However, as Ashwagandha doesn’t directly promote fat loss, we don’t consider it as a key ingredient in Performix SST Glow. Ultimately, we would have preferred to see Green Tea Extract here instead (which has proven to boost your metabolism and fat loss in countless studies).

Also known as Syneprhine or Citrus Aurantium, it’s important to know that it’s been banned in countries such as the UK & Canada after causing harmful side effects.

We appreciate why companies still add Bitter Orange Extract into their fat burners; studies have shown that it promotes fat loss, but personally, we don’t think it’s worth suffering from the side effects associated with this ingredient (we’ll expand on this in the side effects section later in this review).

For this reason, we always advise you to avoid supplements containing Bitter Orange Extract; there are plenty of safe and effective nutrients available, so there’s no need to put your health at risk while achieving your dream bikini beach body.

Unfortunately, Performix has made another mistake here by adding Huperzine A to their fat burner, Performix SST Glow.

But again, we’ll acknowledge that Yohimbine has shown to be effective at helping you lost fat in studies. But we’ll also repeat that it’s not worth putting your health at risk either.

As a result, we also advise you to avoid supplements containing Yohimbine too.

You might be wondering “is this the same stuff I sprinkle onto my food?”. Yes, it is.

However, it’s more beneficial than you might think; Black Pepper Extract has shown to improve your digestion and the absorption rate of supplements it’s contained inside.

For this reason, while Black Pepper Extract isn’t a key addition to any fat burner – we consider it to be a useful ‘bonus’ to any supplement.

Also known simply as MCTs, this is a fatty acid naturally found inside food sources such as coconut oil. Ultimately, everyone knows how beneficial coconut oil can be, so it’s definitely good for your general health.

There’s no arguments about that, but we don’t believe it’s necessary for MCTs to be part of fat burner supplements; it’s not going to be any more beneficial than if you added coconut oil to your diet by cooking with it, or adding it into your pre-workout supplements.

You might recognize this ingredient from it’s full name – Conjugated Linoleic Acid.

It gained attention after many began believing CLA to be one of the best ingredients to help people lose weight. However, since then, studies have shown that CLA isn’t as beneficial as originally thought.

Ultimately, all you need to know is that CLA can help you preserve lean muscle mass while you lose fat. But unfortunately, this ingredient doesn’t have any effect on whether you achieve your bikini beach body or not. 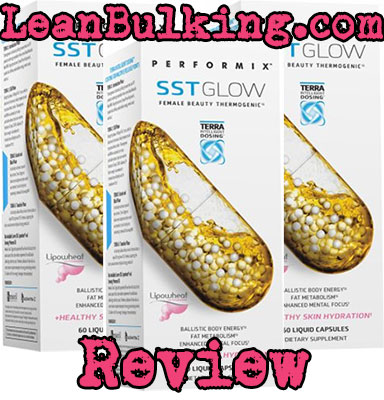 There are 3 ingredients in Performix SST Glow that can cause side effects; Huperzine A, Bitter Orange Extract and Yohimbine.

As we’ve already mentioned; both Bitter Orange Extract and Yohimbine have been banned in certain countries due to causing harmful side effects.

And while Huperzine A hasn’t been banned, it’s been reported to cause numerous side effects – so we advise you to avoid all 3 ingredients when choosing a fat burner supplement, in order to stay safe.

Here’s the potential side effects from taking Performix SST Glow:

After experiencing bad side effects from previous fat burners containing Bitter Orange Extract and Yohimbine; we advise you to stay away from supplements containing these ingredients especially.

Ultimately, it’s not worth putting your health at risk when trying to achieve your dream bikini beach body. It can be done by consuming fat burners containing 100% natural nutrients that have proven to be safe and effective (with Green Tea Extract and Cayenne Pepper Powder being great examples of key ingredients to look out for).

Not only that, Performix SST Glow doesn’t contain any ingredients that specifically tailors it towards women. All it is, is a normal, seemingly ineffective fat burner that’s been plastered with advertisements claiming it’s more beneficial for women.

For this reason, we won’t be recommending this fat burner to our female readers out there. Instead, know that unisex fat burners are usually your best option – as there’s simply no need for gym supplements to be made specifically for men or women.

Performix SST Glow doesn’t contain the right ingredients to justify its $64.99 price tag, and can even cause you side effects.

For the same price, you can buy one of the highest rated fat burners on the market that’re tried-and-tested to work.