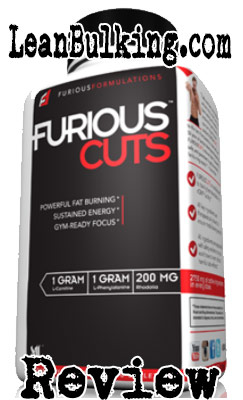 Furious Cuts is a fat burner made by Furious Petes company called Furious Formulations…thats alot of Furious in one sentence. Anyway, it comes in 30 serving containers with a serving size of 3 capsules..

This is a good serving size; we believe serving sizes of 3-4 is the sweet spot for fat burners, as this keeps your body topped up with key nutrients to shred more fat. However, whether Furious Cuts works or not will depend on the ingredients inside - well take a look at that after telling you about the company behind this fat burner.

Who are Furious Formulations?

As weve mentioned, this is a supplements company made by Furious Pete; for those that dont know, hes a YouTube star famous for doing crazy things on his videos - such as some eating challenges.

This isnt the 1st time weve come across this company; weve already reviewed his pre-workout supplement, and you can see our analysis of that by clicking this link here.

Anyway, were not sure he knows alot about supplements - so were hoping hes employed a nutritional specialist to help him formulate his products. Well find out if he has (or not) after analyzing his fat burner, Furious Cuts below.

Furious cuts contains 6 main ingredients that well be analyzing in this review. This is a good number of ingredients to have in 1 supplement; were disappointed when companies pack their products with over 10 nutrients - as this usually results in less than optimal dosages that dont work.

So hopefully Furious Cuts containing less ingredients will mean Furious Formulations has dosed these ingredients optimally. Theres only one way to find out, so lets get stuck in.

Weve analyzed each ingredient for you below; to show you how effective this fat burner really is. 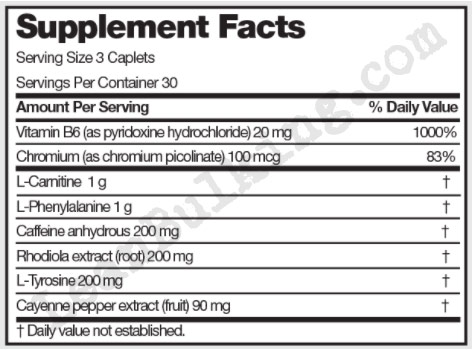 This is a useful ingredient in pre-workouts; its shown to reduce fatigue while improving your focus in the gym.

However, these arent key reasons why youd buy a fat burner supplement (meaning its not as useful in fat burners). For this reason, we wouldve preferred to see an ingredient proven to promote fat loss instead - such as Green Tea Extract.

L-Phenylalaline sounds like a strange ingredient, and its not been very well researched either. This means theres not enough evidence to prove it works - making it an unreliable addition to Furious Cuts.

Not only that, its believed to reduce pain levels and treat depression; these are benefits that arent needed in fat burners at all - making it a useless addition to Furious Cuts.

Caffeine is the best stimulant you can find in any supplement; its consumed around the world on a daily basis (in products such as tea & coffee).

Not only that, Caffeine is proven to deliver improved strength, endurance, focus and energy levels - all key benefits to help you progress towards your fitness goals, and we believe the boost in energy really helps when cutting calories from your diet.

For these reasons, we consider Caffeine to be a key ingredient in all fat burner supplements; but you have to watch our for the dosage though…

Many companies overdose Caffeine, which leads to side effects such as jitters and energy crashes. To avoid this, we recommend consuming under 100mg Caffeine per capsule - Furious Cuts contains 66mg per capsule, which is a sensible dosage thatll keep you safe from side effects.

This herb is known for its ability to promote cognition, and also reduce muscular fatigue. For this reason, we consider Rhodiola Rosea a key ingredient in pre-workout supplements.

However, as weve mentioned with L-Carnitine, these arent key reasons why youd buy a fat burner. Personally, we want to know fat burners contain numerous effective ingredients proven to help you shred fat!

Ultimately, while Rhodiola Rosea is useful in pre-workouts, it doesnt have the same effect when added to fat burners.

L-Tyrosine is a brain booster thats shown to improve your focus and memory. However, as Caffeine offers this benefit and is already in Furious Cuts - theres no need for L-Tyrosine here.

For this reason, we believe this is better suited to Nootropic supplements.

This is a chilli pepper thats known for its spice when added to food.

If youve ever eaten spicy foods such as curries, then youll know that they can make you sweat; well, this is exactly how it boosts your metabolism - allowing you to burn more fat.

For this reason, we believe Cayenne Pepper Extract to be a key fat burning ingredient. However, studies have shown you need at least 100mg for this to work; as Furious Cuts only contains 90mg, it might not deliver its full effects here. 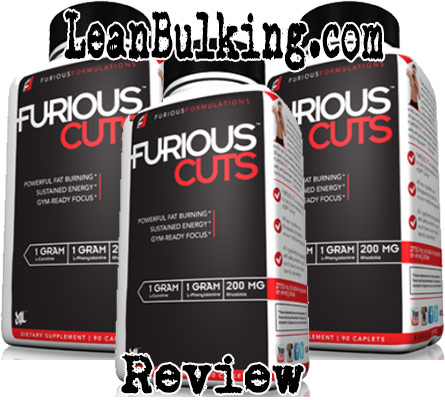 From what we know, Furious Cuts doesnt contain any ingredients that have been reported to cause side effects. However, not much is known about L-Phenylalaline; this means it has the potential to cause unknown side effects (but nothings been proven yet, due to lack of research in studies).

We always recommend avoiding supplements containing unreliable ingredients that havent been proven to be 100% safe; its better to be safe than waste your money on a fat burner that might cause side effects.

Furious Pete might be great behind the camera on YouTube, but he might not have the necessary experience to create the best supplements yet. The ingredient list for Furious Cuts makes it more suitable to be a pre-workout ingredient, not a fat burner.

Ultimately, Furious Cuts only contains 2 ingredients proven to promote fat loss. For this reason, this fat burner cant compete with our favorite products on the market.